LASIK is virtually painless. Topical anesthetic drops are used to numb the eyes during the laser vision correction procedure and most patients at our Dallas area laser vision correction center describe feeling a pressure sensation but do not experience pain. However, patients may experience stinging or burning for a few hours after LASIK eye surgery.

How long does the LASIK laser vision correction take?

At The M LASIK Center near Dallas, laser vision correction patients will be in the surgery suite for only 10 to 15 minutes. A renowned LASIK eye surgeon, Dr. Mazaheri is able to quickly and safely treat each eye in about four minutes.

How soon after my laser vision correction procedure can I drive?

Although you will need someone to drive you home after the LASIK procedure, you can resume driving as soon as you feel comfortable with your vision. At our Dallas area office, about 90 percent of laser vision correction patients are able to drive on their own the following day. However, patients should avoid driving while taking any of the medications prescribed after surgery.

What other restrictions are there after laser vision correction?

On the day of the laser vision correction procedure, it is recommended that patients keep both eyes closed and rest or sleep for the first few hours. Patients can shower or bathe the day after surgery but should avoid getting soap or water in their eyes, and swimming is not recommended for the first week unless watertight goggles are worn. Also, patients should avoid rubbing or bumping the eyes and contact sports for the first few weeks after laser vision correction surgery.

How long will I be away from work?

Most laser vision correction patients can return to work within 24 to 48 hours. Most people will note great improvement in their vision on the first morning after the LASIK eye surgery, but it may take several weeks or more for final results to be realized.

Why are so many follow-up visits required after LASIK surgery?

Each patient’s healing response is different. The staff at our office near Dallas can monitor laser vision correction outcomes and alter the use of eye drops, anti-inflammatory drugs, and other medications to maximize each patient’s post-operative results.

Is laser vision correction performed on both eyes at the same time?

At our practice serving the entire Dallas Fort Worth Metroplex, most of our patients prefer to have laser vision correction performed on both eyes at the same time, but some elect to have LASIK performed on one eye and then return for treatment of the second eye several days or weeks later. If both eyes are not corrected at the same time, a contact lens may be used to correct the second eye in the interim.

Can I still wear contact lenses after laser vision correction?

Yes, if required, glasses or contact lenses can be used to further enhance vision after LASIK eye surgery.

When can I wear eye makeup after LASIK surgery?

It is best to wait five to seven days before using eye makeup and it is recommended that laser vision correction patients buy new mascara to minimize the risk of infection.

Will my vision be 20/20 after LASIK eye surgery?

As with any other surgical procedure, results after LASIK eye surgery cannot be guaranteed. However, laser vision correction has been shown to reduce dependency on glasses and contacts in the vast majority of patients. Various studies suggest that 94 percent of people with mild to moderate myopia who undergo laser vision correction achieve 20/40 vision or better – enough to pass a drivers’ exam without corrective lenses. At his Dallas area office, Dr. Mazaheri provides information on the most advanced laser vision correction technologies, including Wavefront™ guided LASIK and Intralase® LASIK systems to help his patients achieve the best possible results.

Are there any long-term side effects to LASIK surgery?

LASIK surgery has been performed since 1991 in Europe, and is based on another vision correction technique that has been used for more than 40 years. For many years, various clinical studies have been performed and each has failed to demonstrate any long-term harmful effects on the cornea.

What is the history of the excimer laser and laser vision correction?

Developed in 1976 by IBM, the excimer laser was originally used to etch computer microchips. Thanks to its extreme precision, the excimer laser soon became an attractive tool for other applications. In 1987, the first laser vision correction surgery was performed, and between 1987 and 1995 numerous laser manufacturers including VISX® and Summit Technology worked toward FDA approval to use the excimer laser in the United States, which was granted in 1996.

A condition that usually occurs as patients reach their 40s, presbyopia is marked by a lack of flexibility in the eye’s lens which causes the eye to lose some of its focusing capability. Laser vision correction does not affect the condition of the eye related to presbyopia. Patients from throughout the Dallas Fort Worth Metroplex interested in learning more about laser vision correction can contact our LASIK eye surgery center to schedule a personal consultation with Dr. Mazaheri.

What is Flapless Lasik?

Hi, I’m Doctor Michael Mazaheri. ‘Lasik without a flap or cut’ is what I believe is the ultimate experience in our laser room. I had this procedure performed on my own eyes and in a matter of 30 seconds I went from 20/400 to 20/20! I had always told patients the actual procedure is painless, but when I had it done it made me realize it was easier than putting my contact lenses in my eyes. However, I have to say it did make it a lot nicer being involved in my own eyes’ measurements and laser parameter set up. I have had commercial airline pilots, military staff and many doctors come to me for this, because we take out the cutting factor and it relieves a lot of anxiety! Lasik or intralasik involves a flap-making procedure, after removing the flap then you can place the excimer laser to correct the prescription. In the flapless version we do not cut, but instead remove the epithelium and reach the cornea at a much less superficial layer. This also leaves much more cornea tissue available for the patient. Many patients with thin cornea do qualify under this ‘no cut’ Lasik version. This technique was known as ‘PRK’ a decade ago! We refer to it as ‘Lasik without the flap’ because it is just that. When it was called ‘PRK’ we had FDA approval, but our experience, technique, lasers and post-op medicines truly limited this procedure. Today some people call it ‘advanced PRK’ or ‘advanced surface ablation’; or a variation is called lasik. We call it ‘flapless Lasik’, which is easier to understand! Because it’s just a non-cutting lasik and nothing more or less in reality. Now advanced lasers make this the true contender against the cutting version of Lasik surgery. The biggest negative in flapless Lasik is that you need to take more time off from work for the healing and the vision does get blurry for a few days before it gets sharp. Based on the age and prescription it varies. I drove myself home after the procedure and performed Lasik surgery on a congressman 6 days later with no trouble (This Congressman was not a candidate for the cutting Lasik and I agree that he was not a good candidate for the cutting Lasik. However, I performed the flapless Lasik on him with results that exceeded his expectations and he has been a great source of referrals for difficult Lasik patients). However, as I recommended to my patient who was a commercial airline pilot and for you too, it’d be best to take a few extra days off to be absolutely safe and I do recommend that you bring a driver to help you get back home on the day of your flapless Lasik procedure! The no-cut Lasik (flapless Lasik) is approved by the FDA using real human eye’s and there results. Also when it comes to custom Lasik, the cutting makes the custom program inaccurate because the flap-making part of Lasik is after the measurements and that alters the calculations….the flapless lasik (no cut Lasik) does not have that fallacy in its measurement! The two techniques are almost identical; however, in the flapless Lasik the surgeon operates on the superficial layer of the cornea! The same laser is used for the regular Lasik and the non-cutting Lasik.

What is the difference between Lasik and PRK?

Hi, I’m Doctor Michael Mazaheri. ‘Lasik without a flap or cut’ is what I believe is the ultimate experience in our laser room. I had this procedure performed on my own eyes and in a matter of 30 seconds I went from 20/400 to 20/20! I had always told patients the actual procedure is painless, but when I had it done it made me realize it was easier than putting my contact lenses in my eyes. However, I have to say it did make it a lot nicer being involved in my own eyes’ measurements and laser parameter set up. I have had commercial airline pilots, military staff and many doctors come to me for this, because we take out the cutting factor and it relieves

As a premier ophthalmologist in the Dallas area, LASIK eye surgery specialist Dr. Michael Mazaheri boasts a record of success that continues to draw new clientele from throughout the Dallas Fort Worth Metroplex. Dr. Mazaheri is aware that for most patients, choosing LASIK eye surgery may be one of the most important decisions they’ll ever make. Because of this fact, Dr. Mazaheri spends several hours individually with each patient in order to assure accurate LASIK measurements. 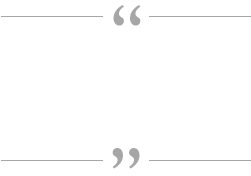